Pessimism and the art of positive thinking 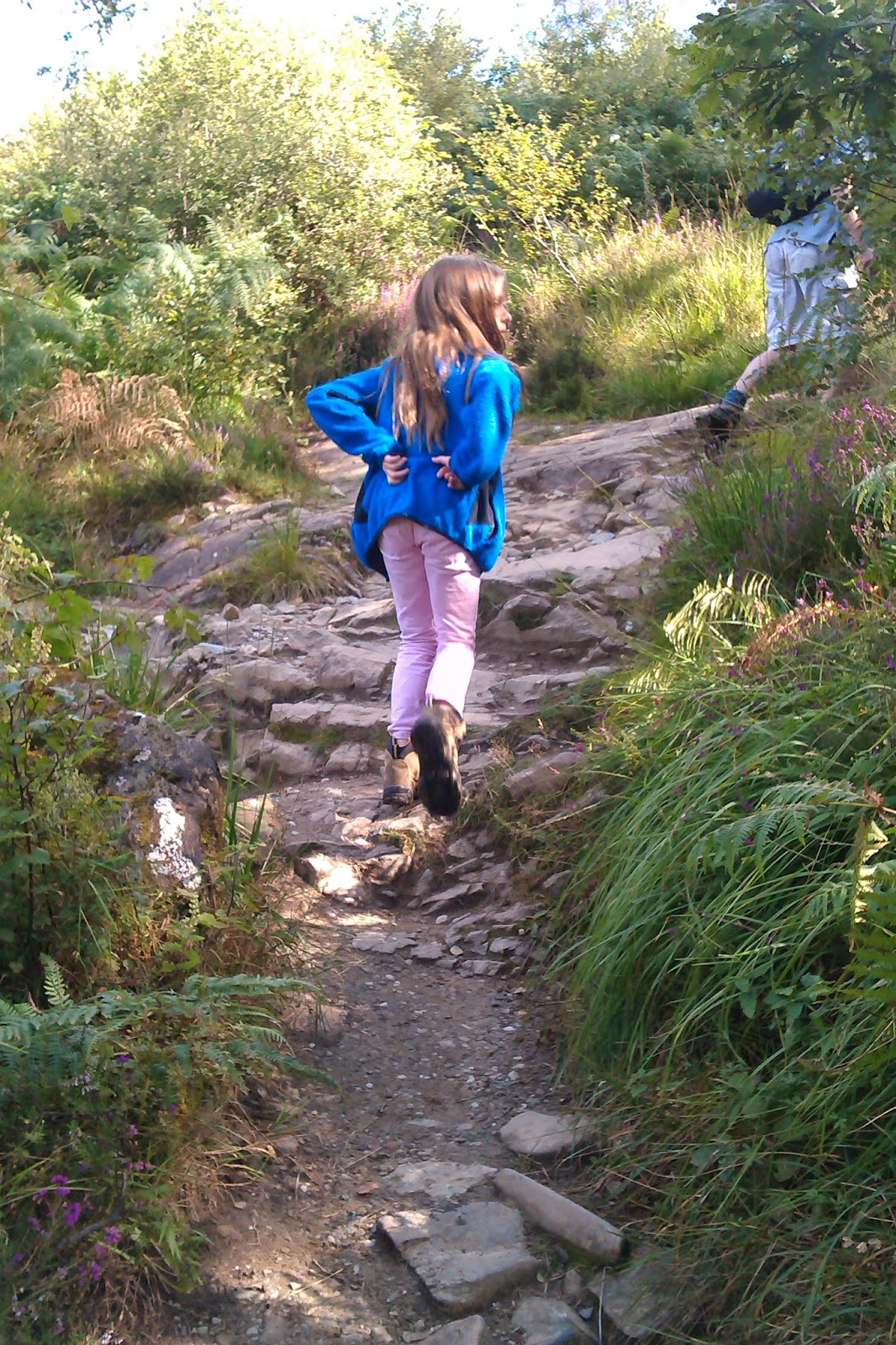 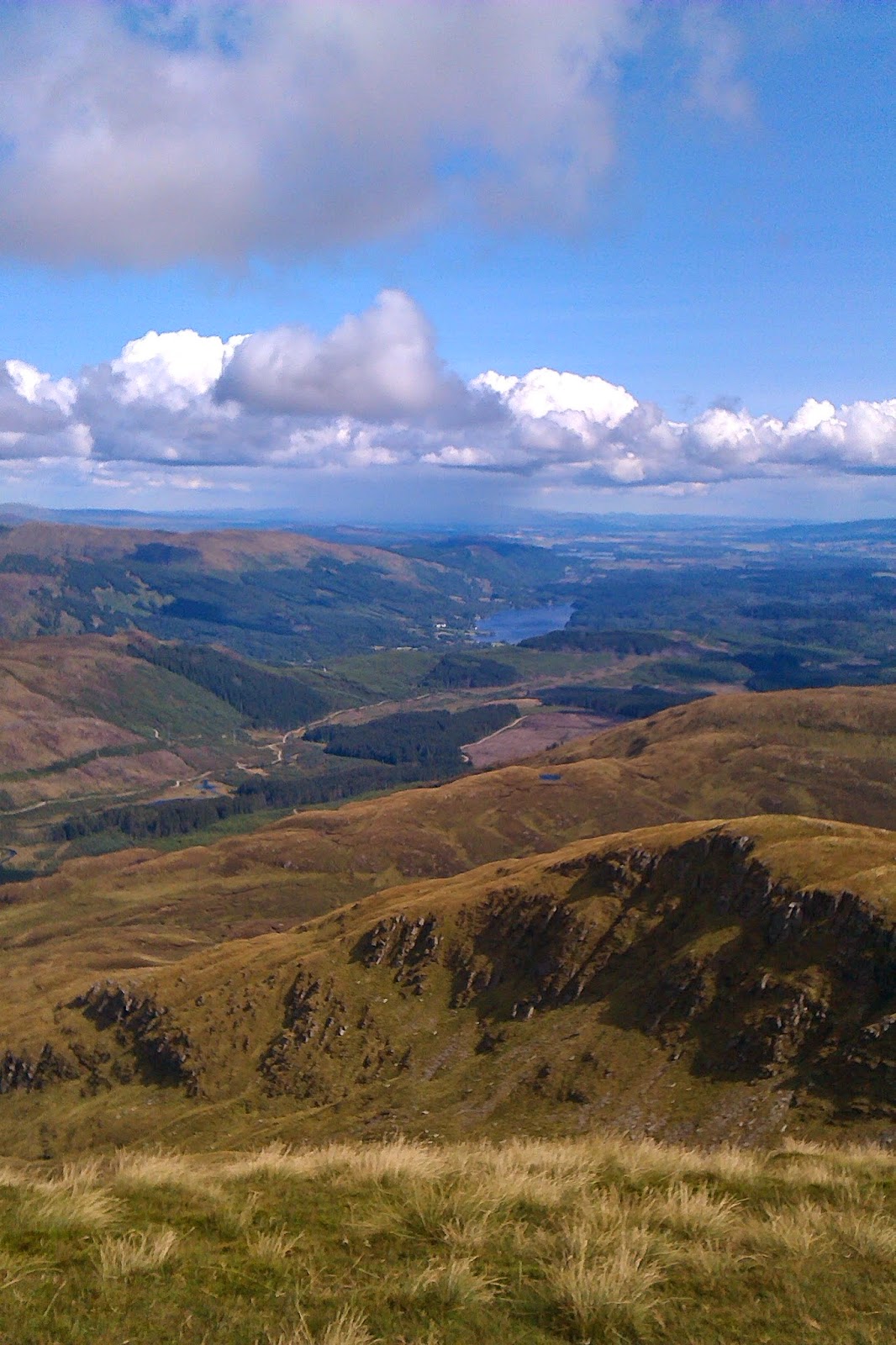 When an obvious, easier and eminently sensible option is to go down, it is unsurprising that Littlest at the foot of Ben Lomond asked, "Why do we have to climb a mountain?"

She went on to add, "Snowdon was fun. Because we all climbed it. This isn't fun because we're not all here."

And a few minutes later, "Holidays were more fun four years ago - when we were all younger." Siblings, flung far and wide, were clearly being missed. This and the days when they were young enough to want to play with her. Growing up is hard ...

Grumbling can be countered in one of three ways - ignore it (the rationale being that the grumbler will soon get bored. However soon is often not soon enough. And the grumbling often escalates before boredom sets in, hence it changes and this fluctuation in volume and tone is enough to divert boredom and as different pitches are experimented with the grumbling takes on a new and increasingly interesting character. And fails to cease.); get cross with it (this is a disastrous approach to take - it invariably induces tears. The grumbler, hurt and distressed, turns into a stroppy stomping stubborn and eyes-streaming storm of themselves more likely to blunder off in the wrong direction than proceed patiently up hill); or with distraction and gentle cajoling trick it into submission.

Taking the third route however often precipitates that most difficult of questions to answer - the one guaranteed to instantly empty your mind of ideas, "What shall we talk about then?"

Littlest, joining in with this cajoling game, provided her own answer:

"Why on earth would you want to be an optimist?"

And answered herself with:

I'd like to say we went on to discuss psychology and positivism but Ben Lomond is a hard climb and where the mountain is steep it demands your attention and saps your brain of intuition.

It saps your energy too 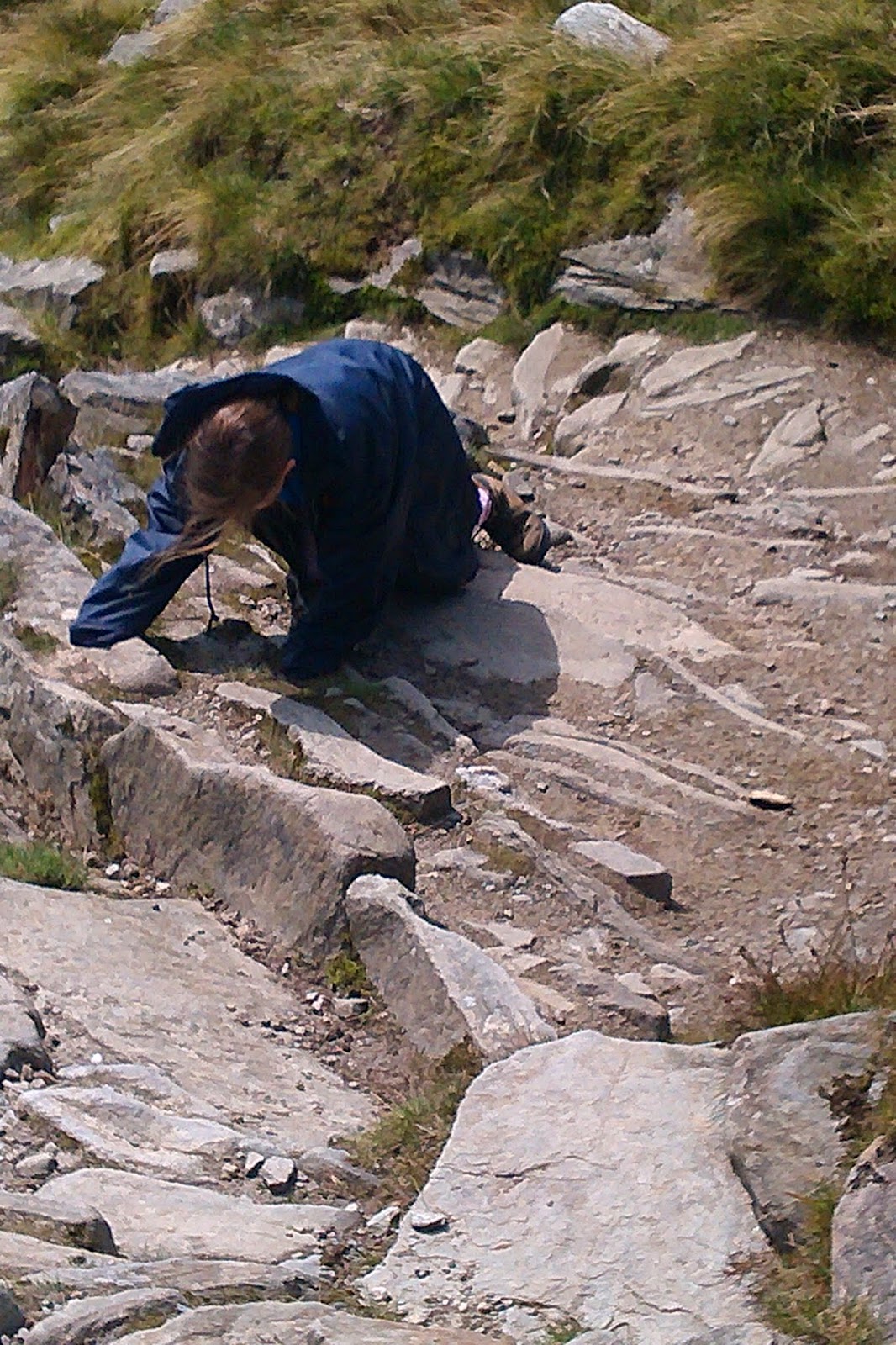 And saps your enthusiasm particularly if the weather does its best to add to the discomfort; 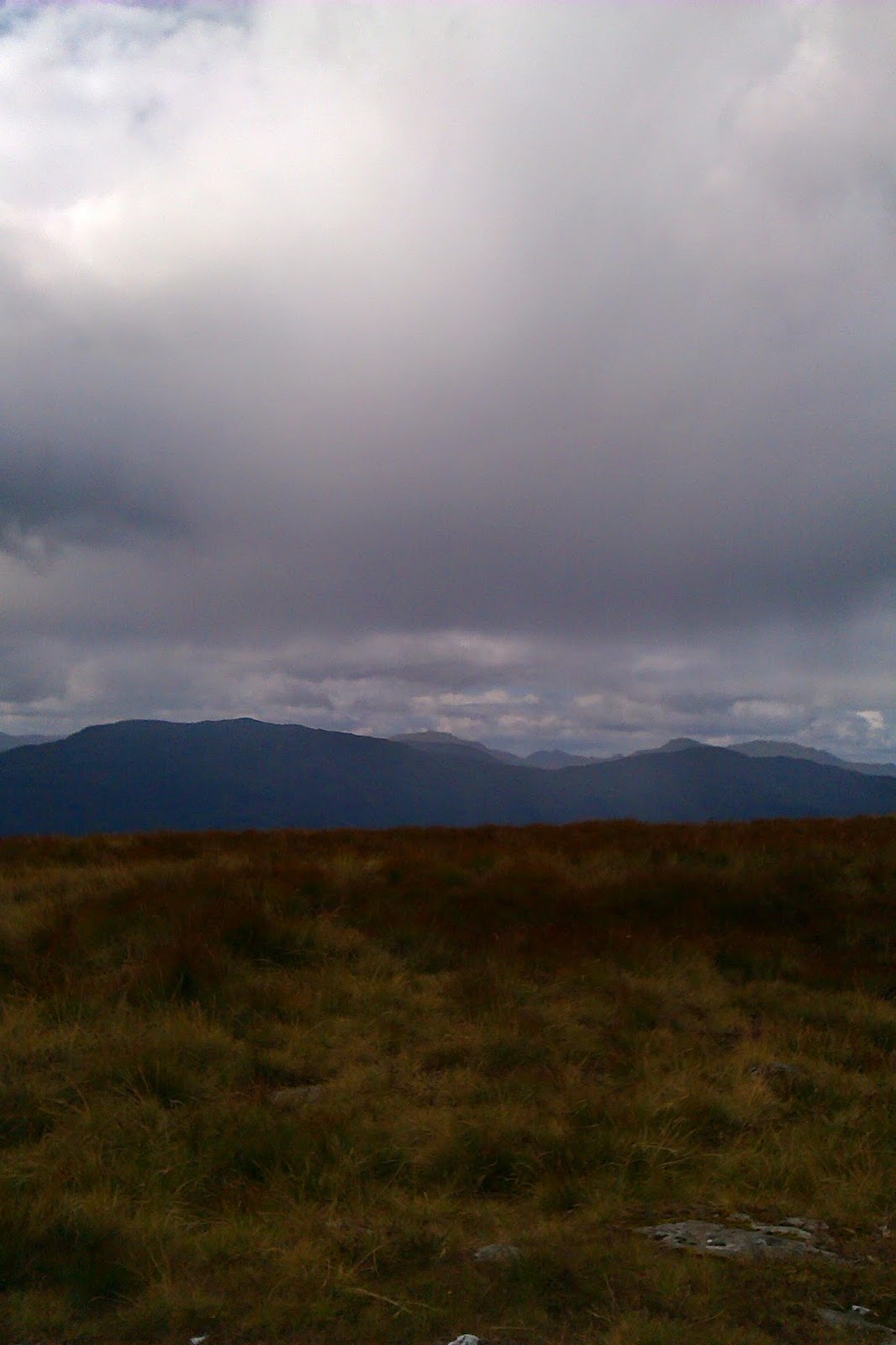 ... but it didn't, so the weather turned out better than Littlest thought it would.

As the rain bypassed us, slinking sheepishly away to the south, it dragged with it the grumbling. Serendipitously this coincided with a flatter path. Littlest's question was answered - we talked about volcanoes and fossils and peat and sheep and glaciers and ice-ages and how hungry we were and how much better it would have been if we'd remembered to bring chocolate, or biscuits, or sweets, or anything other than cheese rolls and dried pineapple and how dried pineapple is nice but dried strawberries are horrid.

And suddenly, we were at the top. 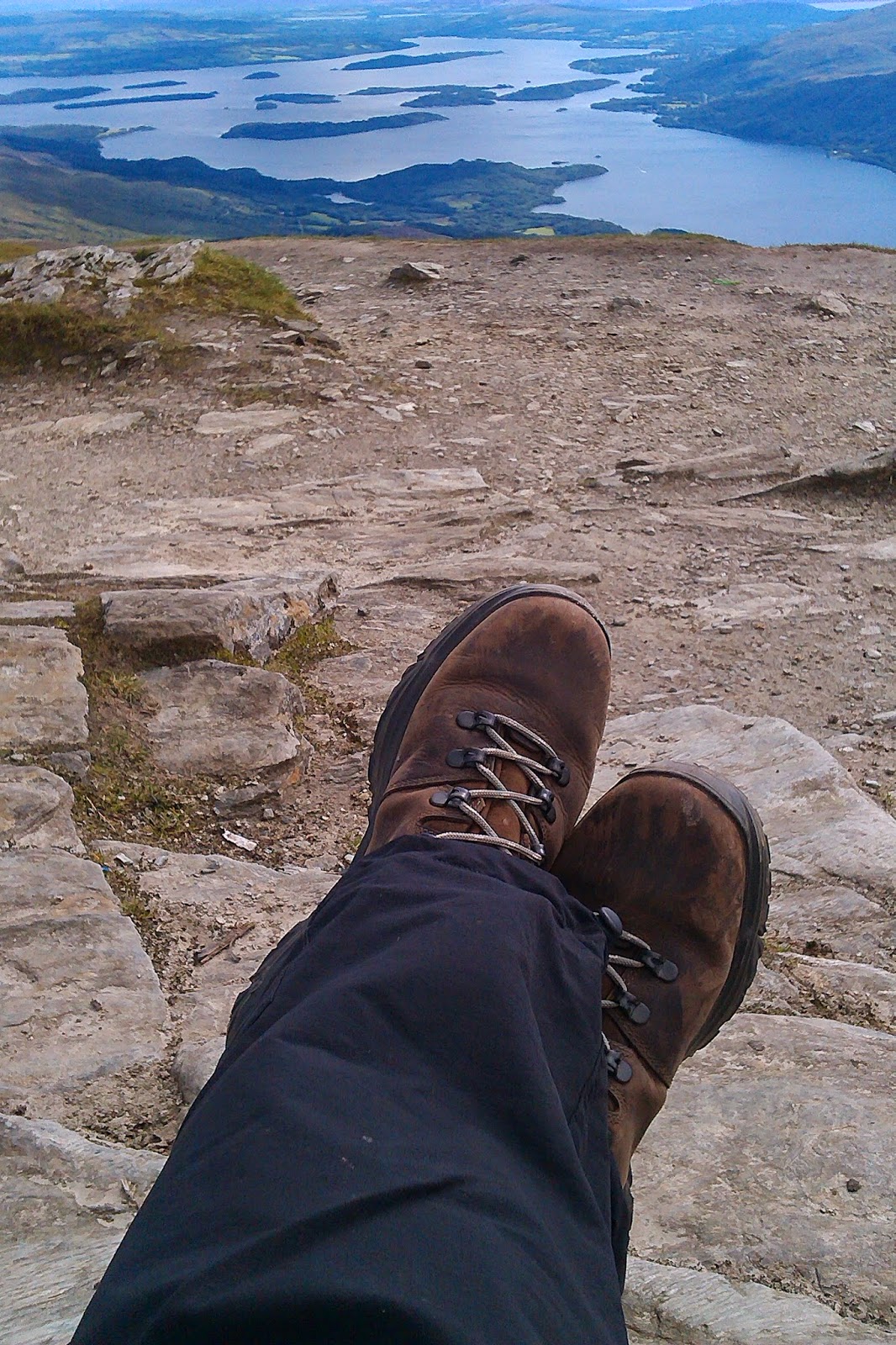 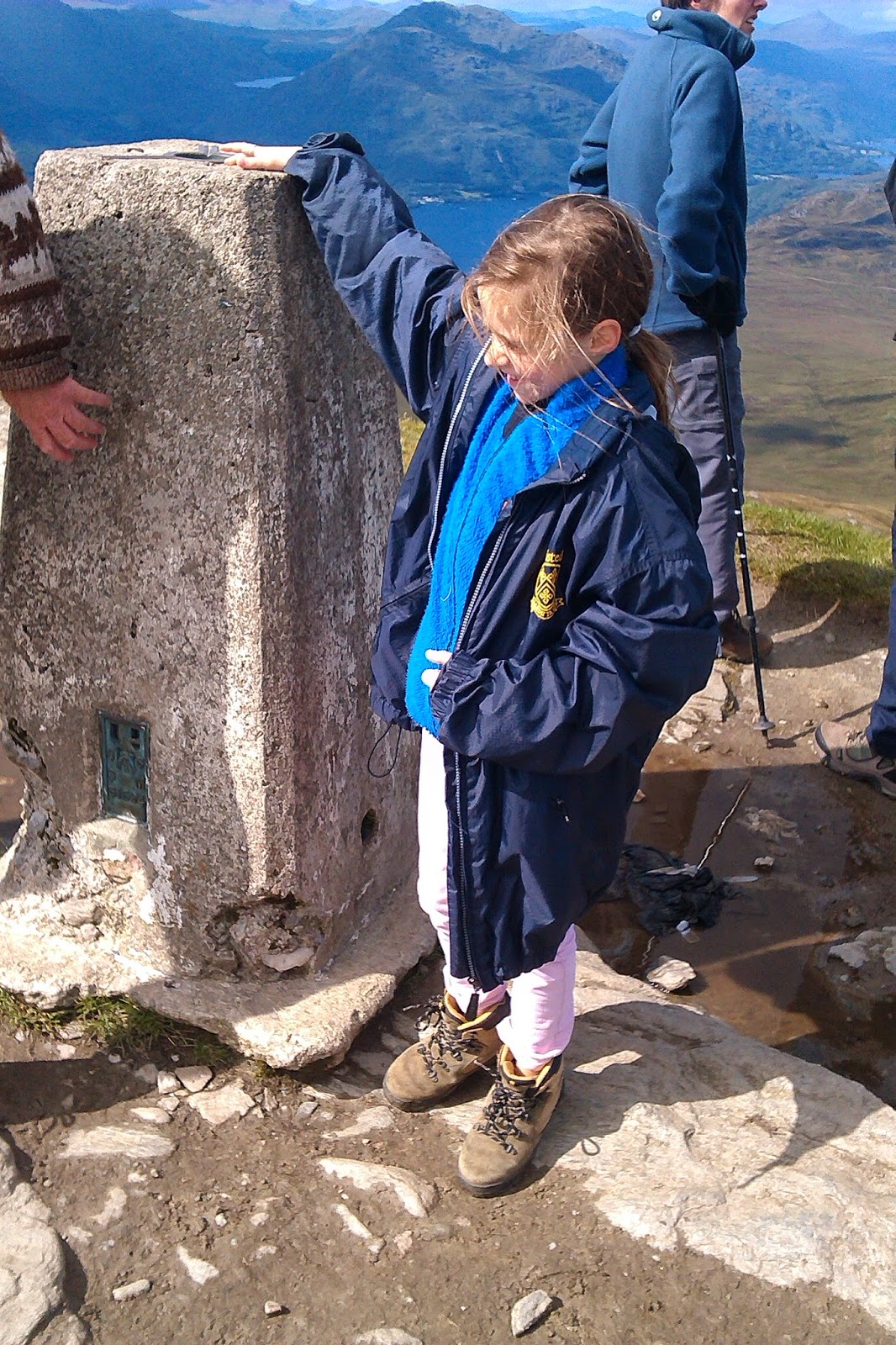 Going down was easier but not easy. 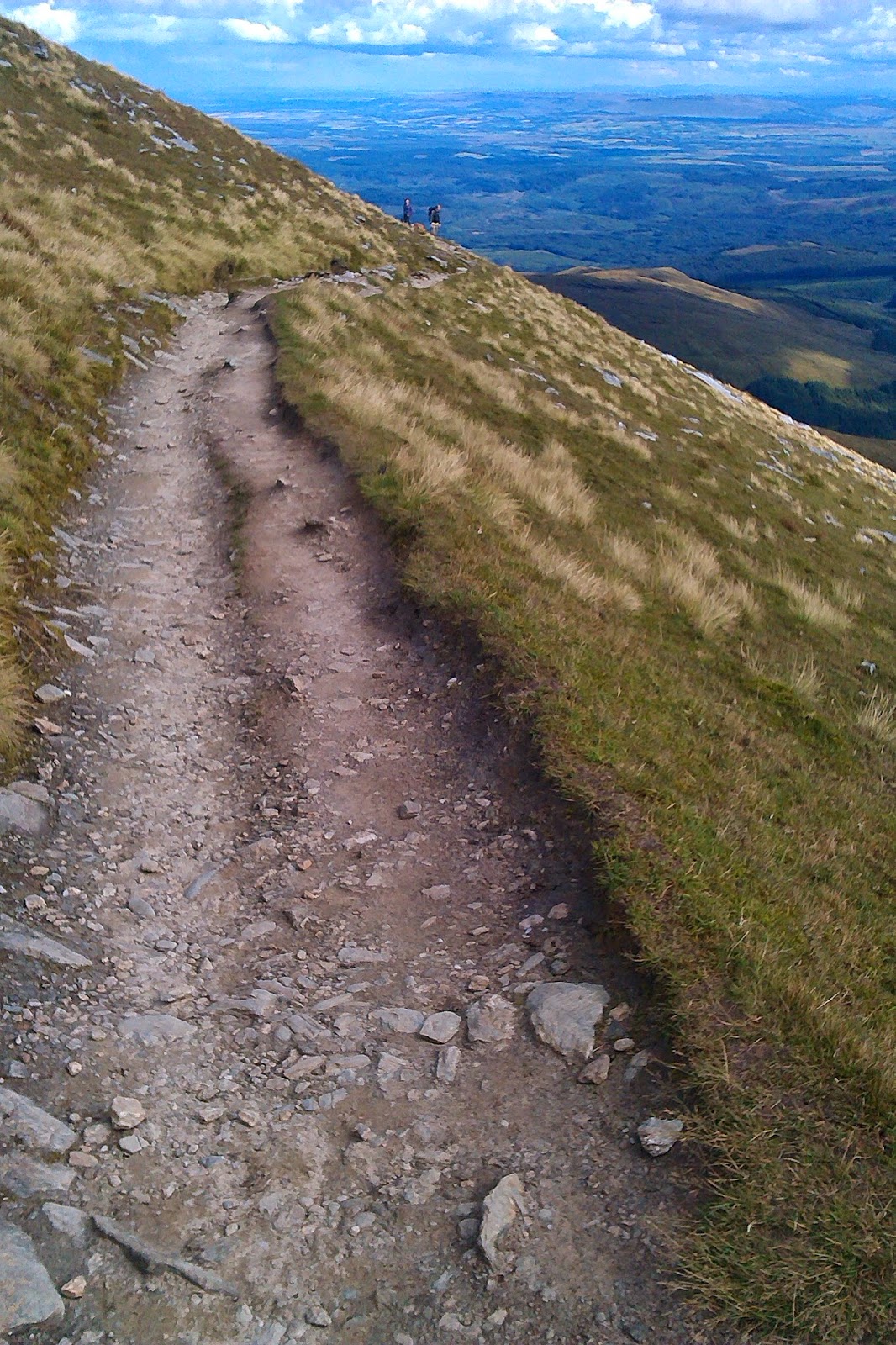 Warmer but not warm.

Lonelier - owing to younger knees making lighter and quicker work of walking down steep hills - but not lonely. 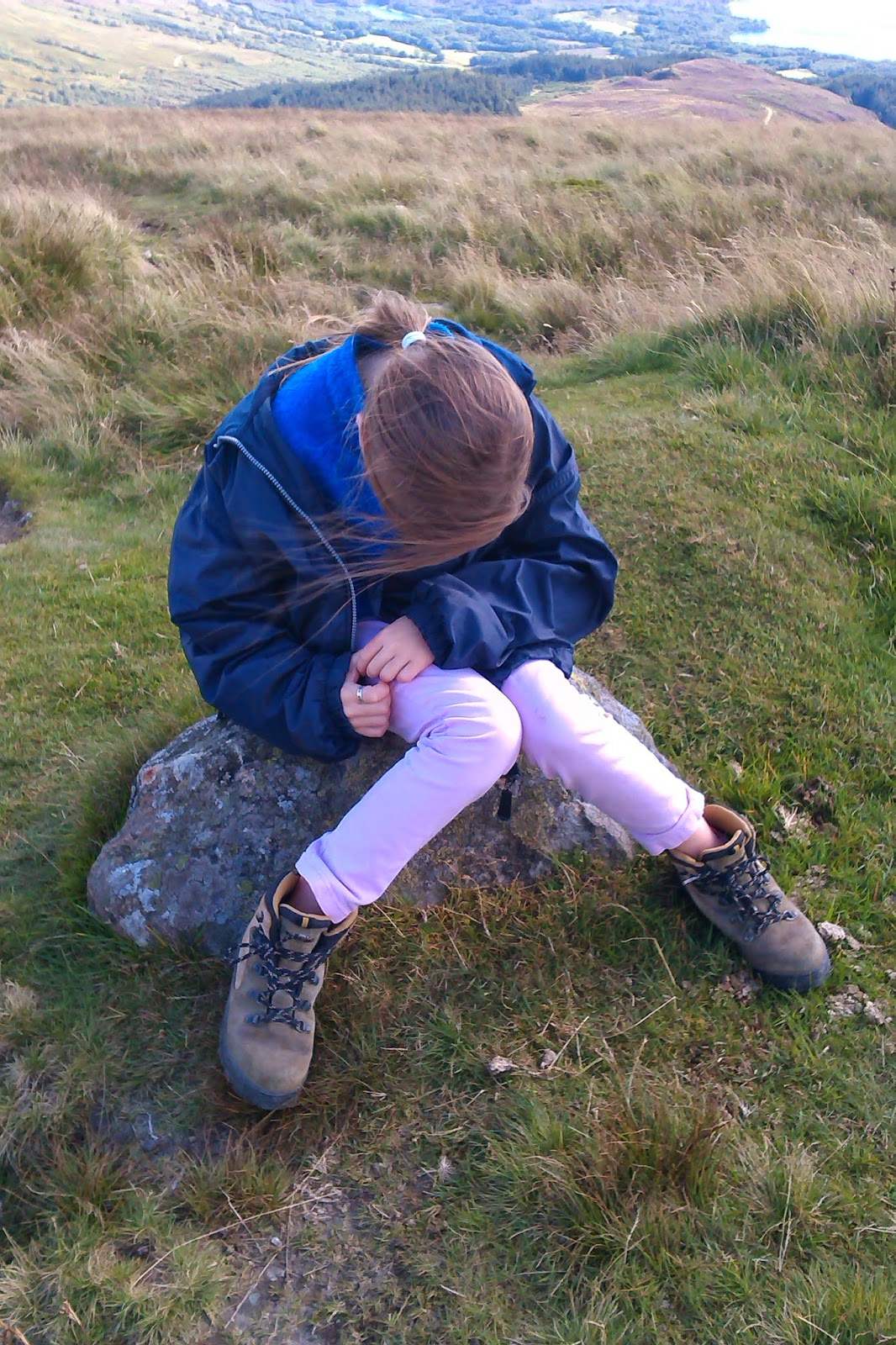 Thus the mountain that pessimism had told Littlest she couldn't climb, was climbed. The day created memories of success rather than the pointless feeling of failure that giving up half-way would have induced. In this way, pessimism morphed into something positive. So Littlest is right, being a pessimist can mean thinking positively. In a round about, retrospective, let's seek the best outcome sort of a way. 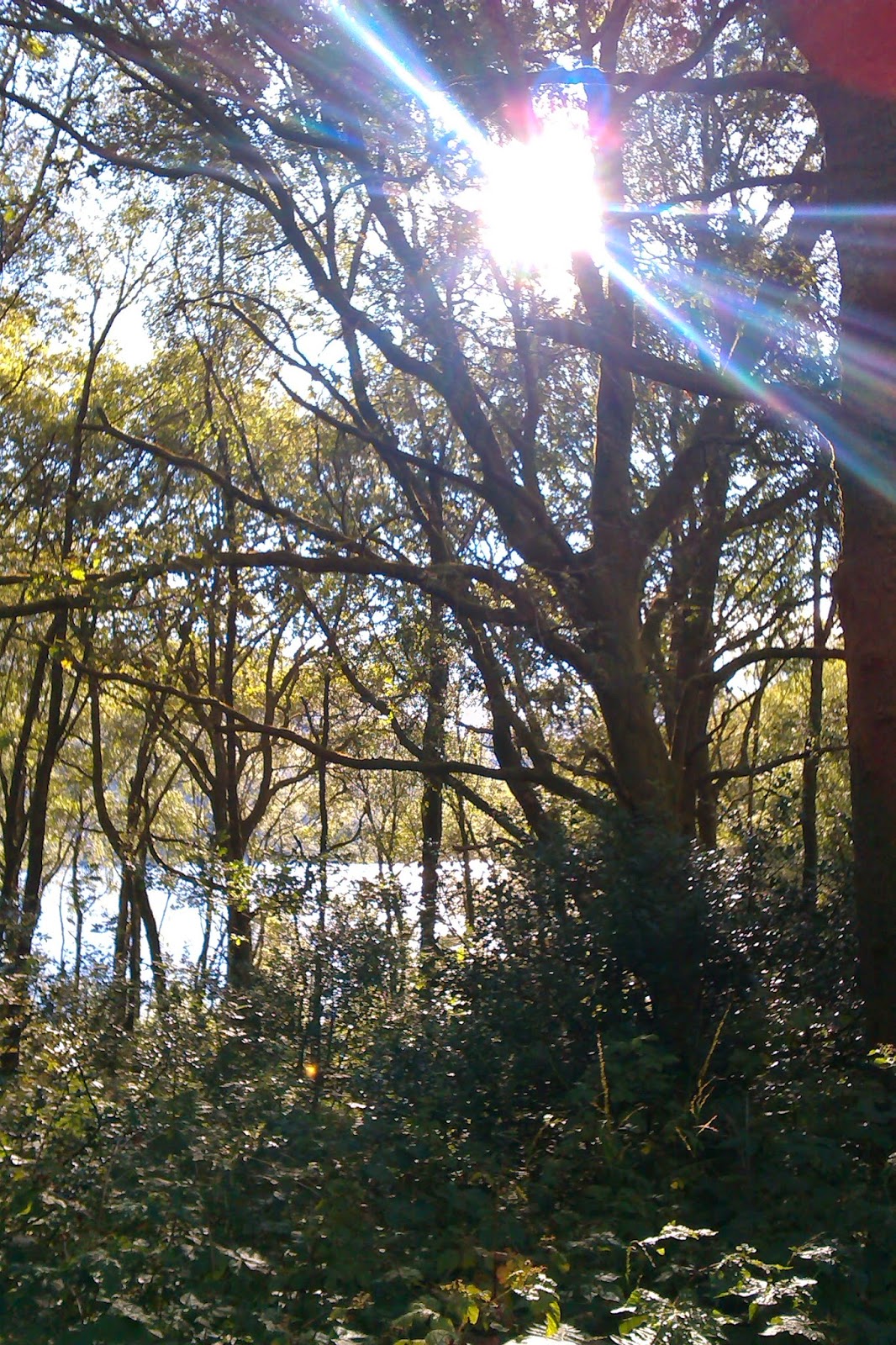 And it is better perhaps to be a positive pessimist than a deluded and ultimately disappointed optimist.