Broadband, memories of a weekend, a flame fairy and why we shouldn't worry.

November 29, 2016
Broadband.
What is it? We take it for granted. We think we sort of know what it is. Do we?
A ... broad ...  band ... ?
Broad as in wide? As in encompassing a wide range of frequencies. The frequencies of multiple messages that, because the band is indeed wide, can be transmitted simultaneously.
Or not.
When it fails, picture a band that's so broad it frays and curls in on itself at the edges; rolling itself up into a tight constipated tube that no information - even information backing up like logs behind a beaver dam - is ever going to burst through.
Broadband at its most basic is simply electrons bumping into each other. It inhabits the earth and the air in a variety of forms, a broadband spectrum of electron collisions, if you like.
In my imagined spectrum, there's SS broadband - the slow, stuttering but mostly working variety.
This is almost but not quite as bad as FaFFF broadband - the type that falters after faultless fast functioning. Worst, however, by a mile - or several miles, plus many minutes filled with frustrated get-me-caffeine cups of coffee and rather too many hours of if-it's-still-not-working-after-I've-been-for-a-dog-walk I'll hit something - is ST broadband - that non-form type that despite government promises to rural communities, moves apparently at its own definition of slow time rather like a southern dwelling toad who's decided that siesta time is all the time and has to unfurl each limb from incipient rigor mortis in order to summon sufficient momentum to move forward anything approaching a measurable distance and does so with all the enthusiasm of a sloth who you've just invited to take a bath. It's taken two days for these photographs to load. The weekend is no longer the weekend. I guess I could move closer to a settlement with faster internet speeds. Speeds ... I dream of speeds; of never sitting in front of an annoying little circle with a dot or line or light going round and round and round and round and round ............ I HATE buffering! I could live without ever having to see buffering again. If I have muddled my broadband with my internet, and my download speed (currently 4.18Mb/s) with my band width, and my megabits with my ping (705ms) then I apologise - it's all goddledegook to me; a bit like expecting me to define a quark or explain fiscal strategy to you. All words that I recognise. Vaguely. But - although I could make a stab at the quark and have a wooly impression of what fiscal might mean - I couldn't stand up in a room and explain any of them convincingly to another person. So ... back to broadband or narrow, barely there, frequently broken band and last weekend - yes, that is correct - last weekend. The one before this last one. The one in these now week-and-a-half-old photographs.

It was a lovely weekend. The best that autumn in Southern England chucks at us. 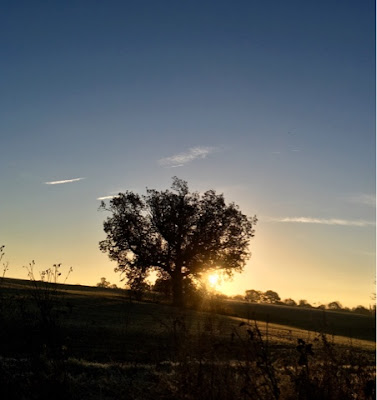 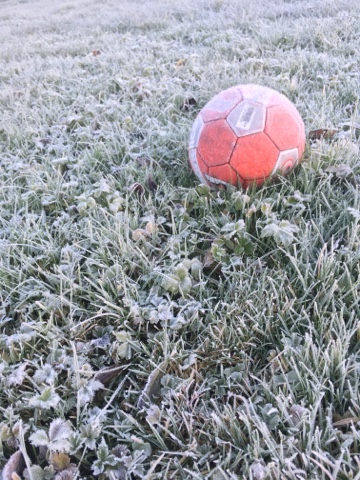 Time to think. To dream. To while away the hours. 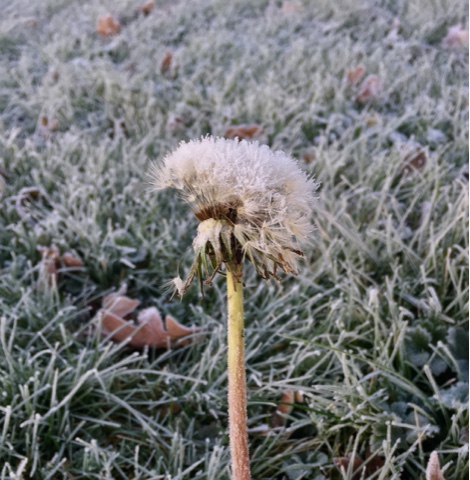 To gaze through autumn leaves at the moon. 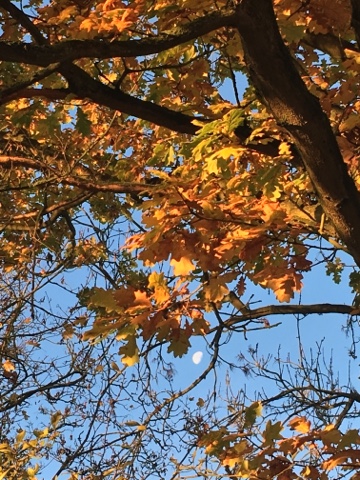 To take some pictures and while away more time turning them into something arty. Or nearly arty. Or as arty as you can get with an i-phone and limited knowledge of filters and photo-editing. 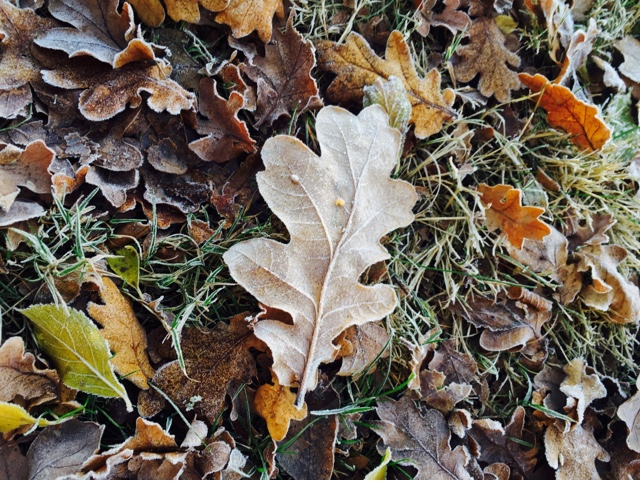 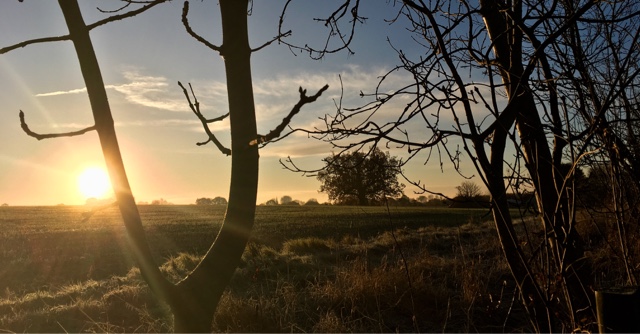 And a time to bounce. 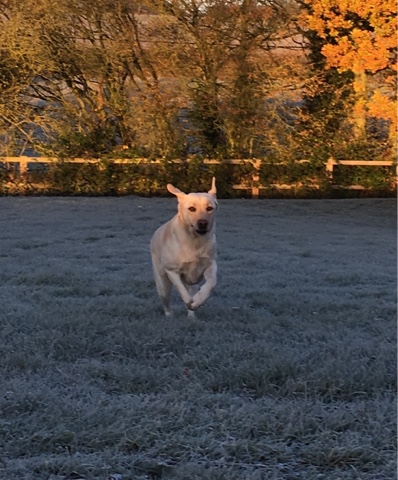 To run. To live. And to see beautiful things. 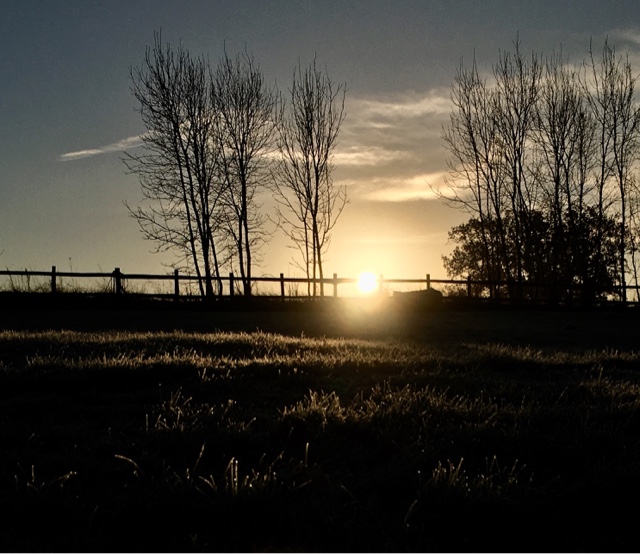 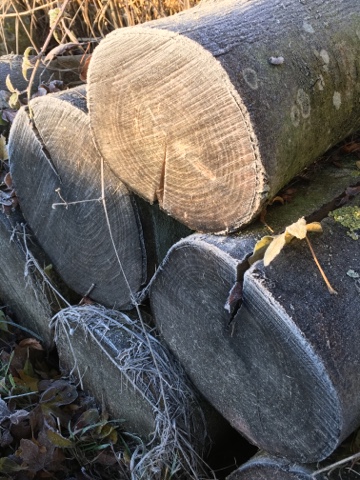 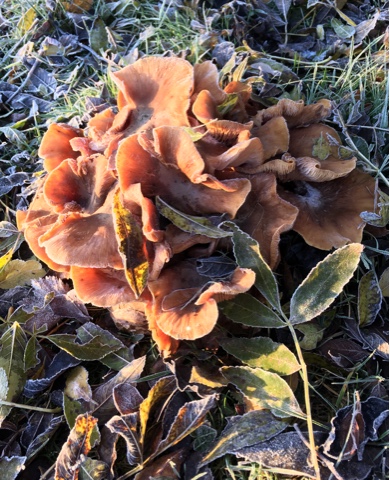 To be honest, I'm not sure if Bertie Baggins bounced because of the beauty around him or because of the excitement of a two-legged friend being outside with him.
Actually, I am sure.
He's a dog.
He likes the company. 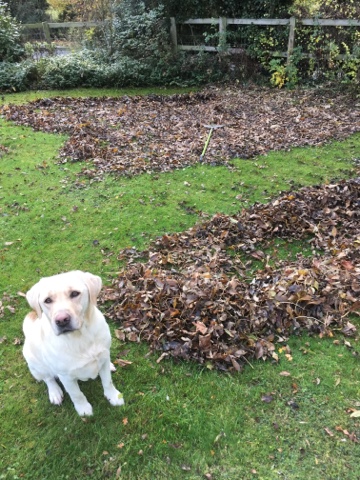 And picking the piles up. 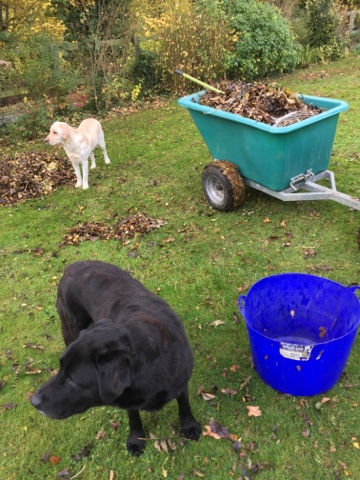 And using them to build an even bigger pile. Before poking the bigger pile and making a lot of noise to wake up something called the hedgehog. And after ensuring that the hedgehog has gone out for tea or decided to sleep somewhere less noisy and less populated with dogs,  turning the big pile into something warm, that made an odd sort of growling sound, like the noise lots of twigs would make if you stood on them all at once - clearly the bonfire thing was not a very brave animal. Even if it did turn out to have a secret weapon - lots of smoke that hurts eyes and made Four-legged-friend sneeze. A lot. So much and so violently that he bumped his chin on the ground mid-sneeze, which was a great surprise to him. And no doubt quite painful. He ran off and found some long, damp grass to plunge his nose into and comfort himself. 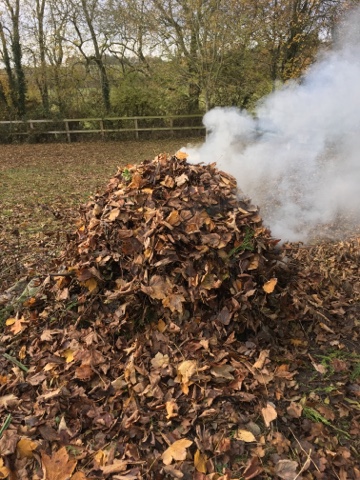 This was him later. Guarding. Or asking, aren't we done now? I'm not sure which. 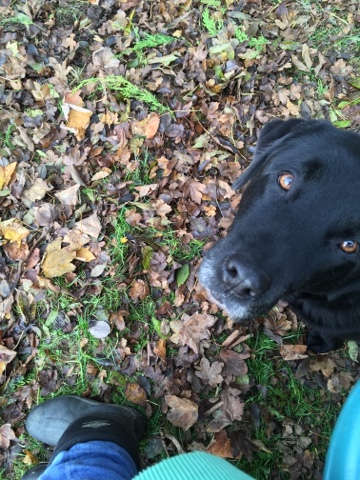 It was probably the 'aren't we done now' question because pretty soon he was here. 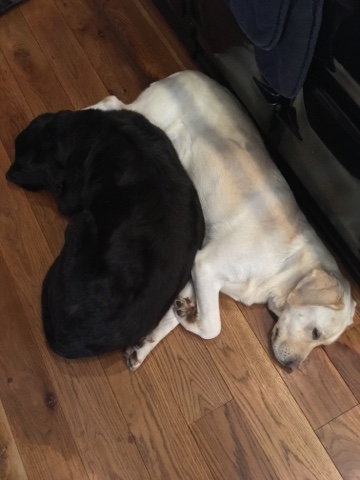 And not helping any more. 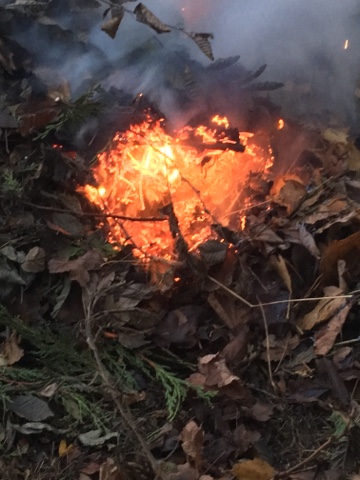 and was setting its fairies free 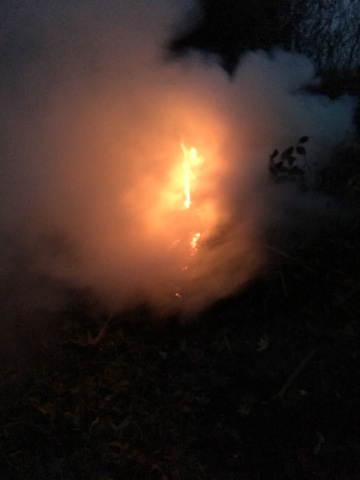 I can't be the only writer who worries about my grammar. I know I'm not. I while away many an hour procrastinating, choosing words that sound right, finding all sorts of reasons not to write - like constructing a bonfire.  But do I while away or wile away? A quick internet search reveals that they are not interchangeable. Whiling away the hours means filling them with idle pursuits (I hope that's not an oxymoron - can you idly pursue, doesn't pursuit imply activity and thus a lack of idleness? Does it matter if it is an oxymoron?) Wiling away the hours or specifically wiling means employing cunning and craftiness and deceit or trickery or generally behaving like the fox of fairytales and nursery stories. Arguably, procrastinating could be the procrastinators way of wiling away many an ultimately wasted hour.

I procrastinate too much.

I worry too much. About everything.

As Newt Scamander brilliantly says in Fantastic Beasts and Where to Find Them, "Don't worry! Worrying means you suffer twice." He was facing annihilation and maybe had more reason to avoid suffering twice; I face only wasted hours and fretting about which are the best words and a suspicion that I write only for my own entertainment, so worrying is wasted on me. But it is good advice for life. Don't worry. Don't indulge in suffering twice.