Twigwams. And the brutality of flailing that makes me Furiouser and FURIOUSER.

February 10, 2014
Walking the Dog did not venture far yesterday. We reached the other end of the garden, where Littlest built a twigwam and filled it with imaginary woodland creatures - a badger, a hare and a "cute little hedgehog who had lost his mother." 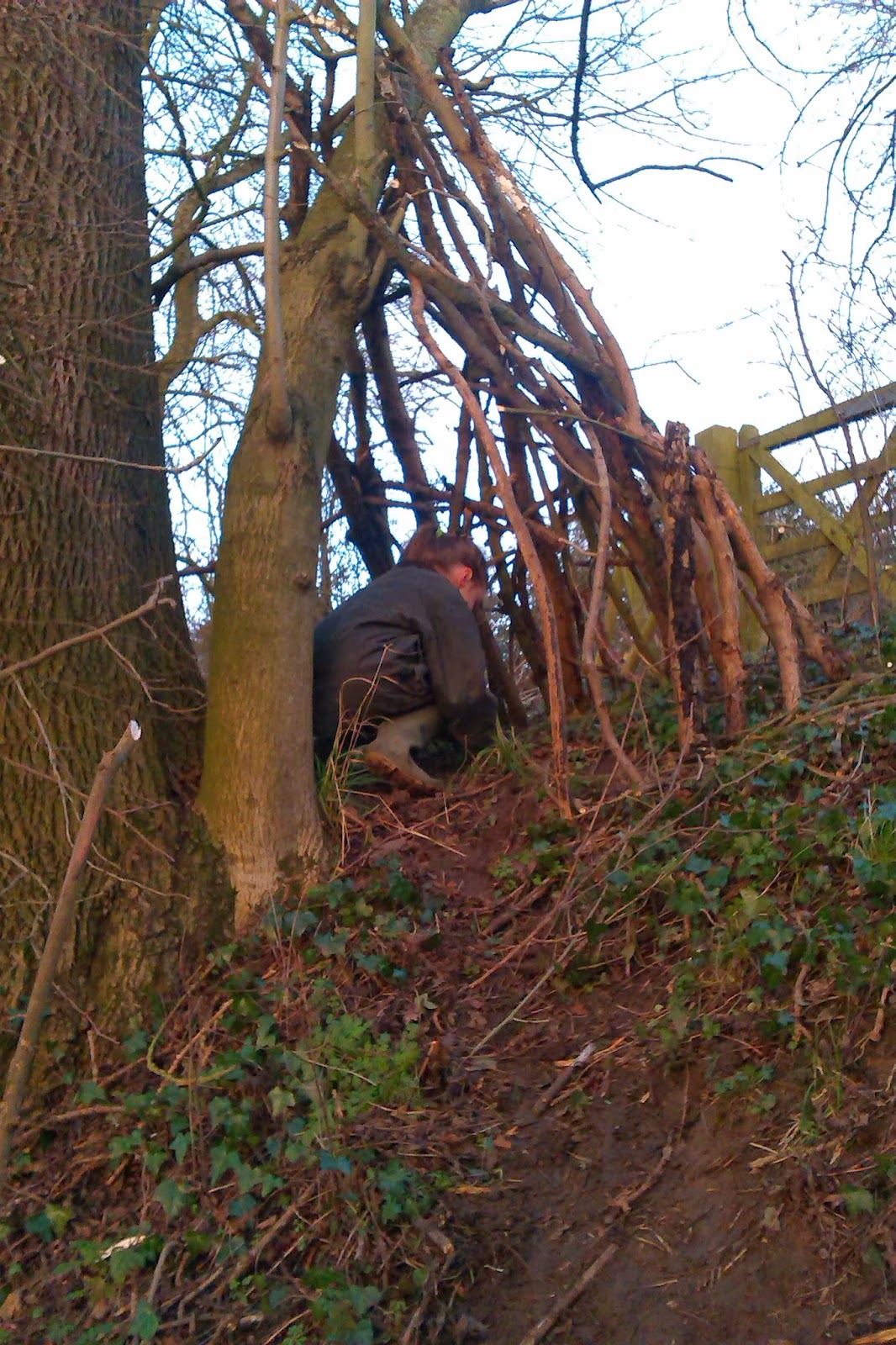 Bertie Baggins wondered if he was imaginary. We seemed to have forgotten about him. Or forgotten to let him through the gate into the Outside World ( I haven't got over Piglet's capitals yet - see previous blog). That the Outside World was fifteen feet or so of woody overgrown verge and dropped steeply onto an Unfriendly Road had escaped his imagination. My imagination, however, stretched to smashed cars and squashed dogs, so Bertie Baggins remained garden-bound.
And he protested loudly. 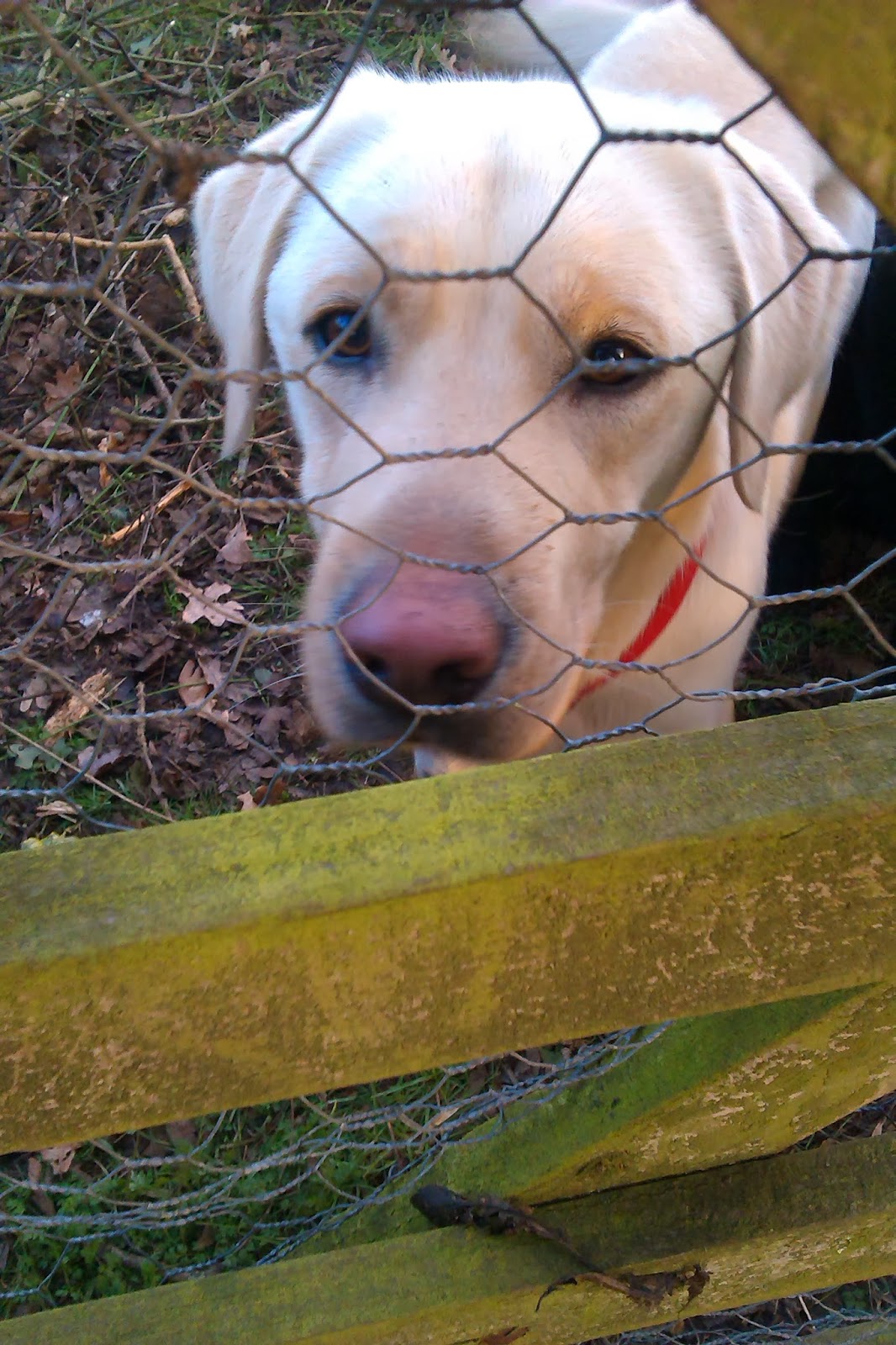 Which did little to settle my temper.

Why would you do this to a hedgerow? 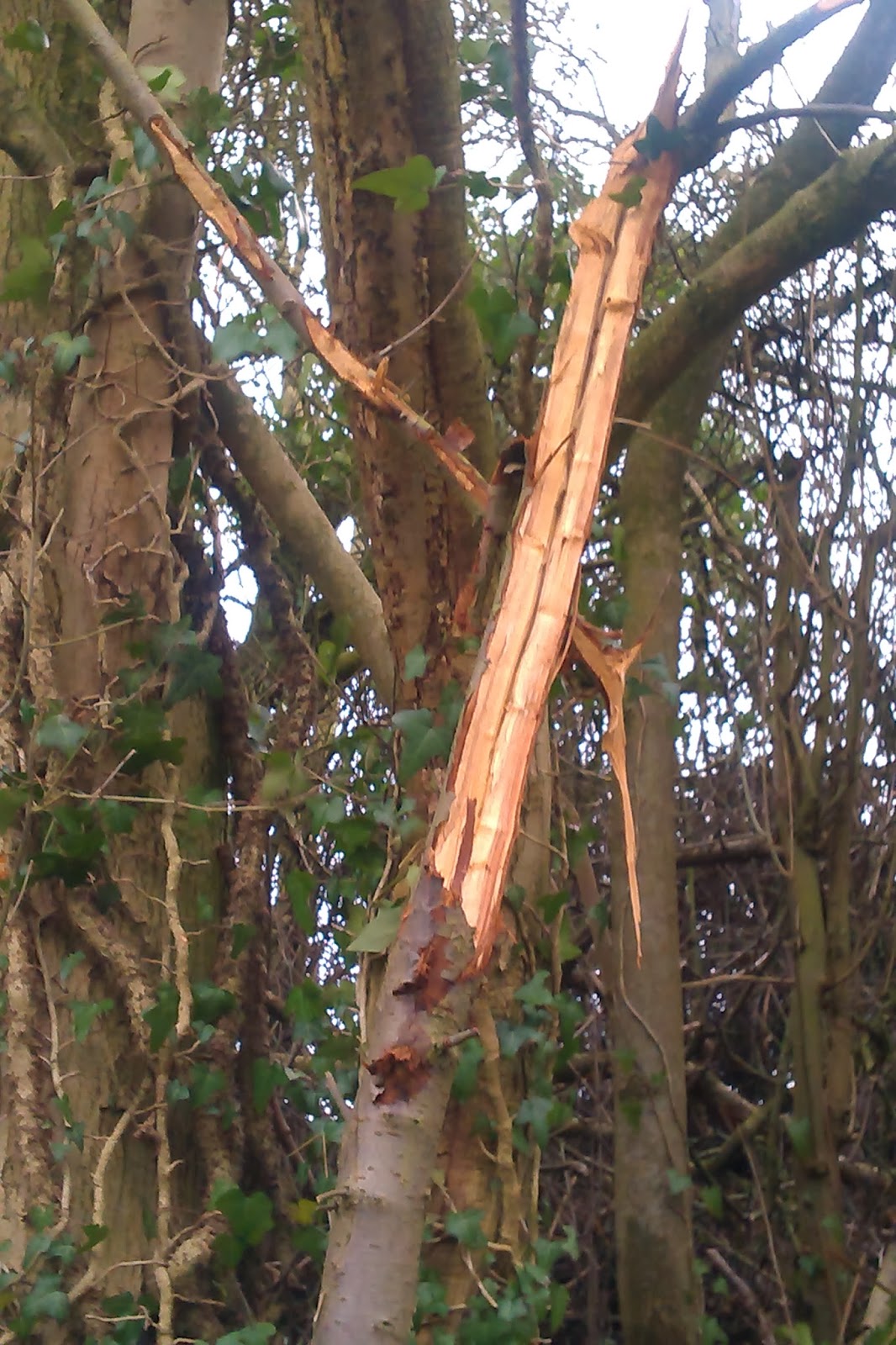 What sense is there in ripping into a young tree, shredding its branches and scattering the broken bark and twigs all over the verge? Had any attention been paid to the forecast? Were they aware that the debris of flailing is light-in-weight, floats and excellent at blocking drains?

Or was part of my anger directed at myself? We have spent the past 12 years saying, "We must do something about the verge." We have harvested the wood that falls out of the mature trees. We have pollarded ... a bit. We have half-heartedly cleared a little of the choking bramble. Then the council comes along and with all the brutal subtlety of several tons of shreiking flailing machine, pricks your conscience as effectively as a bramble thorn pushed deep into the tender bit at the end of your thumb. So, I spent the day cutting, raking, stacking, clearing, wheel-barrowing, bonfire building, shouting at Bertie Baggins and stroking* the now un-choked trees. 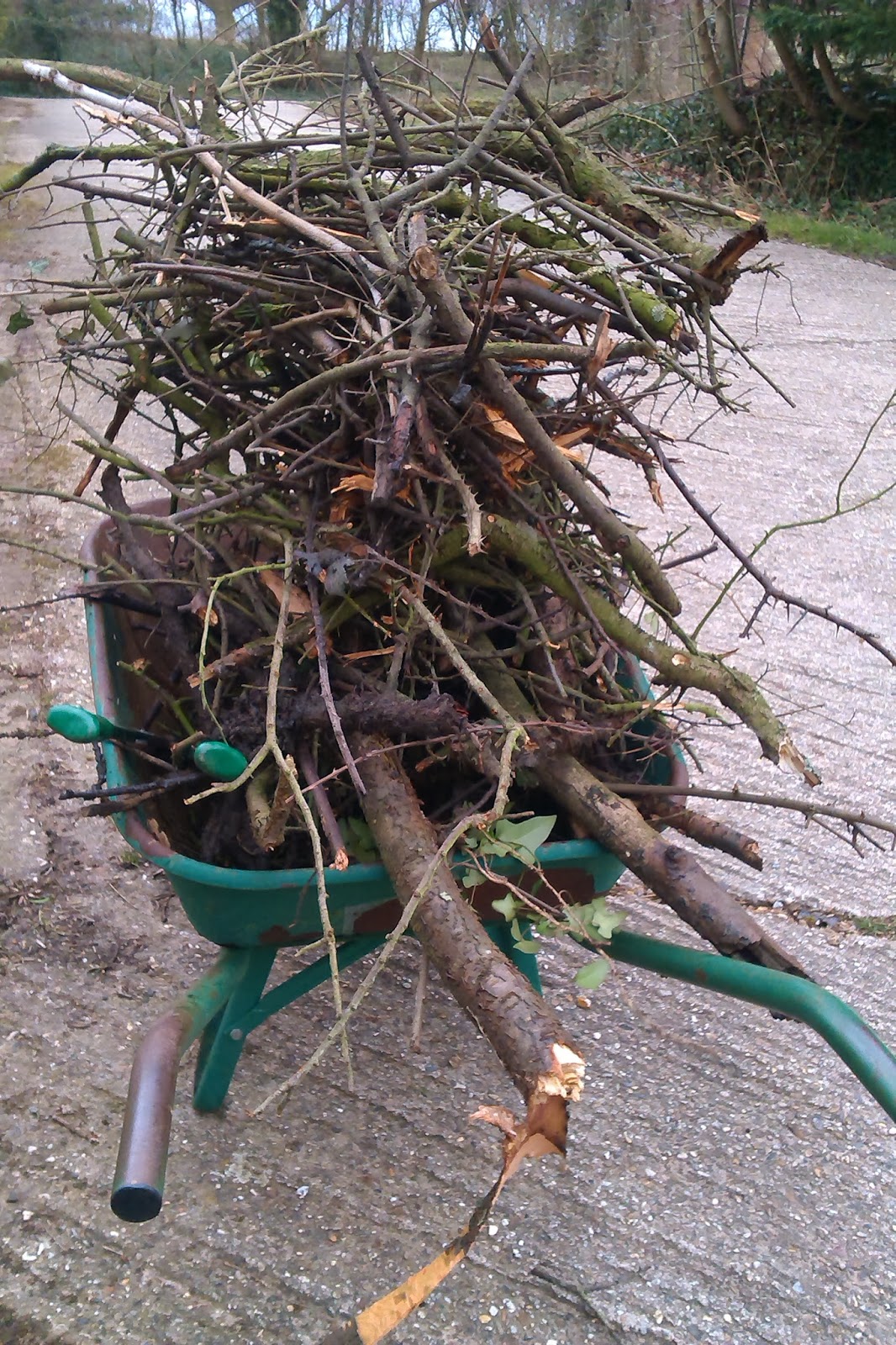 When I paused to rest - when exhaustion had pushed my anger down deep into my wellies and made my tired feet ache - I breathed the cooling air of early evening and wished that I could catch the imagination of a child.
To dream of fairies and magical lands. To worry about whether a twigwam should have one door or two. To 'see' friends under every leaf and behind each tree stump. To regard strands of ivy as "useful rope" and not the strangling twine of arboreal nightmares. And to be utterly oblivious to the mental noise of fury at flailing. 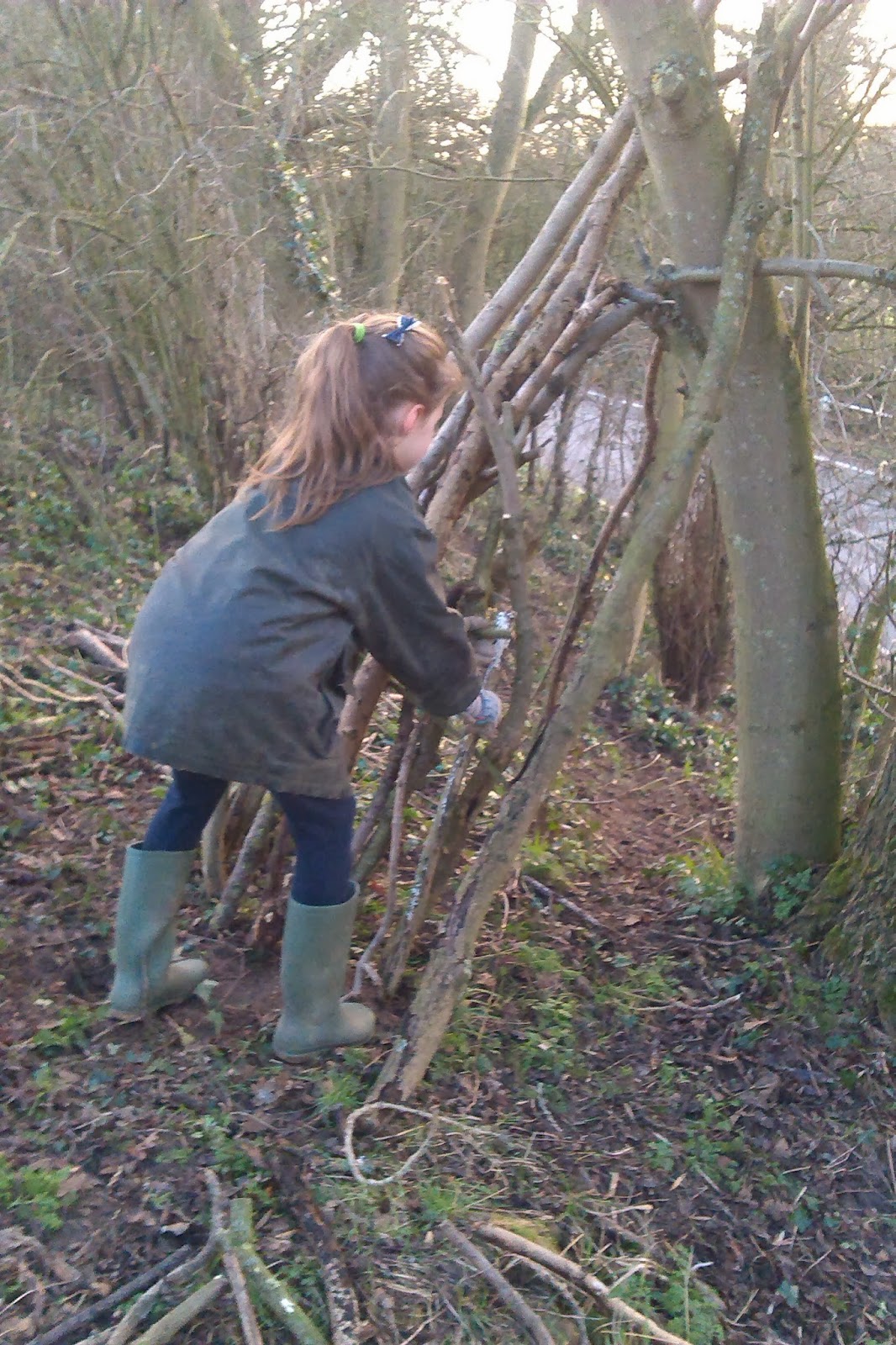 *stroking a tree ... Yes! Try it. Feel the rough bark, the knobbles of budding branches and the fissures where bark is split. Consider for a moment that by trimming its broken branches, stripping off the ivy and clearing the ground at its feet, you have rejuvenated it. It feels good! You could hug it too ...