Musings on mice and a walk on the bright side

May 08, 2014
Sometimes there is satisfaction in discovering research that proves that what we knew all along is in fact correct. Or rather, that what we thought we knew to be correct, and would have argued in favour of, using words such as "Surely, it must be" and "Almost certainly" - neither of which are winners - can now be written in stone. Being proved right vindicates our actions and makes us more evangelical in our pursuit of whatever it is that has been confirmed - suddenly our tenuous opinion is no longer tenuous and we can terminate every argument with the simple, winning statement, "It is!"

I love it! Not that I am an argumentative person nor that I fixate on small victories, more that it just feels good and is a licence to apply confidence to our actions. Whatever and however ridiculous those actions may be.

I love too, that there is funding for this "it's starting you in the face" genre of research. Perhaps, scientists have a sense of humour (... has anyone tested this hypothesis?)

House mice share our homes. Yes they do. Even if you would prefer not to think about it, most of us have several furry lodgers living beneath the floorboards of our homes. We provide a habitat that keeps the mice warm and toasty and well fed. And we have generously supported colonies of mice for centuries. Now using mouse DNA(!!) it is possible to pinpoint where and when man settled in the new colonies during our pioneering years of discovery when our mice hitch-hiked across oceans with us on our ships and patiently hung around as we built them new homes to share with us. I love that people at Cornell University are researching this. It's interesting! And ironic - using a pest to unravel the puzzles of history while what bothers us more in our mundane, sterile, modern lives is how to get rid of them. We crave confirmation that you have to drive a mouse, caught in a humane trap, across several county borders, as many railway tracks as possible, several main roads and ideally release it near somewhere sheltered with a reliable food supply (ideally someone else's house), in order to prevent it returning to enjoy the dinner (bait) and after-dinner entertainment (the journey) again the following night. The optimal distance is apparently 2 miles. Less and the mouse becomes a regular guest. More and "It is!" a fact that the mouse will sup at a different table ... Or the neighbour's cat has noticed the regular trudging of increasingly exhausted mice back to the research base/house and at two miles the average mouse is no longer able to outrun a lazy, overfed cat and becomes cat-snack.

Aside from quite frankly pretty pointless or 'bleeding obvious' areas of research e.g. it isn't really necessary to prove that old-fashioned spring-loaded lethal mouse traps work best in the practice of mouse eradication, researchers sometimes exert considerable effort in proving things that may, prior to the research, have only been obvious to the enlightened few:

Stanford University recently set out to establish if creative thinking is improved by walking. Well, duh! Of course it is. I know it is. I'm fairly certain that I'm not alone in knowing this. Everyone who walks a dog must know that it is.

Why else do I stuff a notepad and pencil into my pocket, with poo-pick-up bags and dog biscuits, when I take Bertie Baggins and Four-legged-friend out for a walk?

And why does a walk that would take 25 minutes at a brisk pace, often last 40 minutes or more?

Okay, sometimes it is slow because we take Littlest with us and she stops to  select the perfect blade of grass to hold taut between her thumbs and blow past making squeaky noises that cause Four-legged-friend to tilt his head, flick his ears in a futile attempt to bat away the awful sound and wrinkle his face in a pained wince before realising that Bertie Baggins has sensibly run off and joining him. 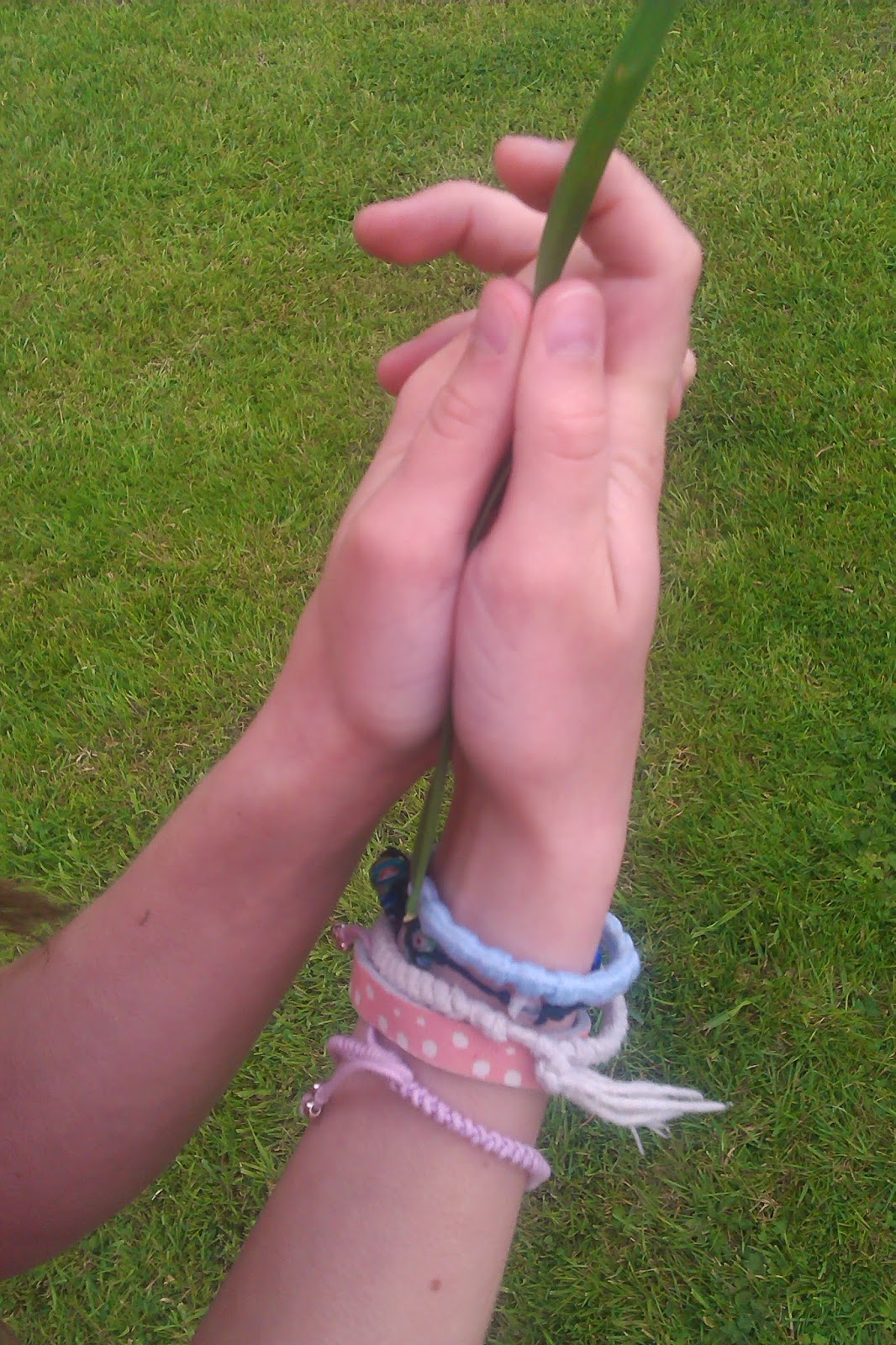 This grass-blade-picking exercise can last several minutes. As does intermittently stopping to hug a tree. Or admire a flower. Or discovering a tree stump in the shape of a heart. But even when I walk the dogs on my own, our progress is frequently slowed. Why?

Taking a stroll will walk you through a problem

Smug to be proved correct? Never.

Happy to continue walking with pad and pencil? Definitely!

This blog wouldn't exist if I didn't.