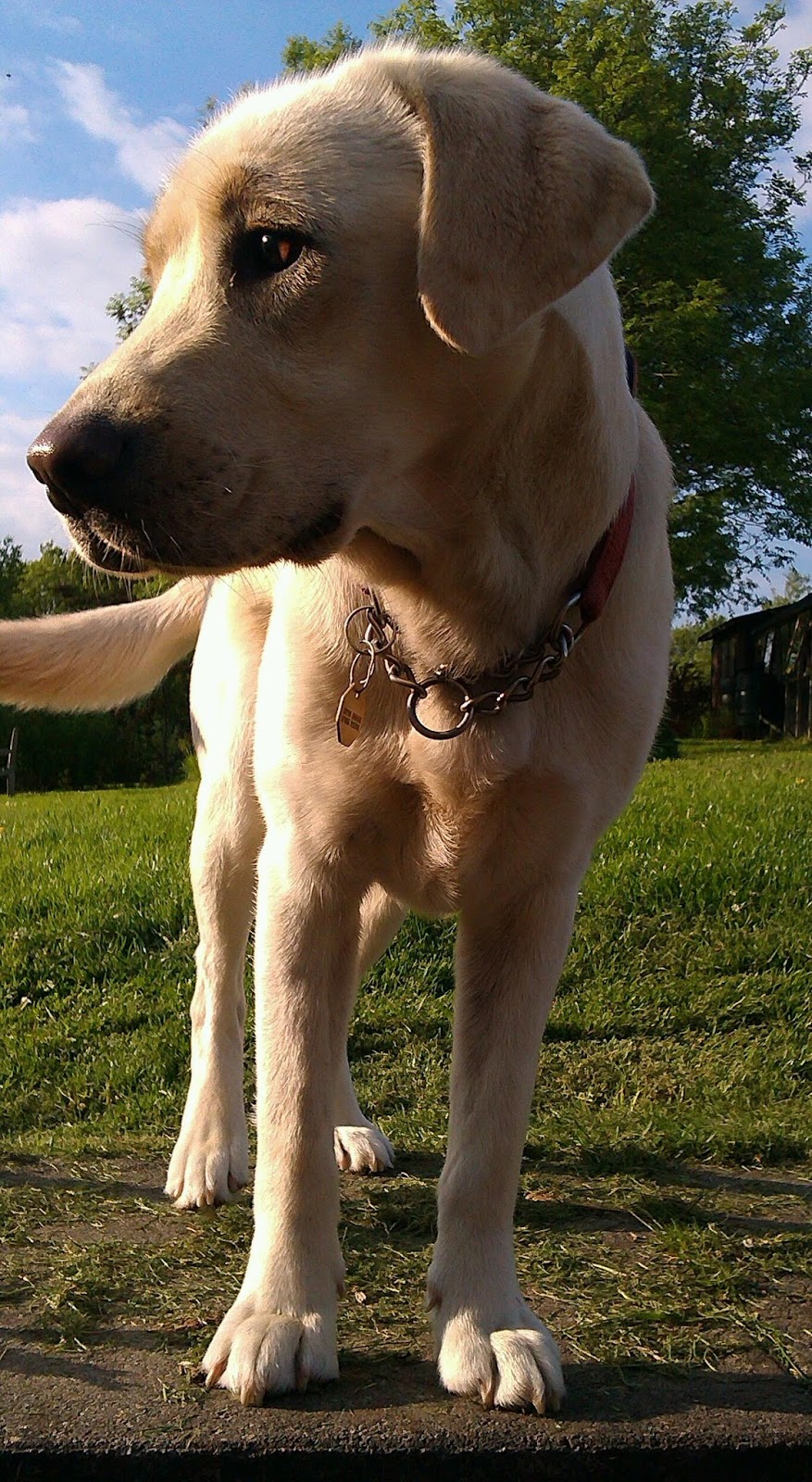 It's been a bit quiet on this blog recently due to Herbie's general rushed-off-her-feetedness so I thought I'd stand in and take a turn - share with you some of my observations on a dog's life and tell you a bit of what I have been doing. And shouldn't have been doing.

Before I start, I think I should share with you the history of my name. After all, you are reading this, so it is only fair that you have a clear understanding of exactly who I am:

Bertie stems from Gilbert. In keeping with my uncle, the afore-mentioned Four-legged-friend, otherwise known as M ... oops! He likes to keep his name out of this blog. Perhaps in case something embarrassing is written about him. Me ... I don't care. What could I possibly do that I would be embarrassed about? I'm a dog! Anyway, Four-legged-friend and me are named after Scottish Saints. Saints! Old guys who did something deemed to be worthy, once upon a time, in the very distant past, probably half-way up a midge-ridden mountain, knee-deep in a bog and with a gentle drizzle slowly soaking their saintly rags. Maybe it was hoped that some saintliness would rub off on us.

I answer (sometimes ... occasionally ... okay - seldom or only when feeling saintly) to lots of other names:


And whilst on the subject of apples - these are mine 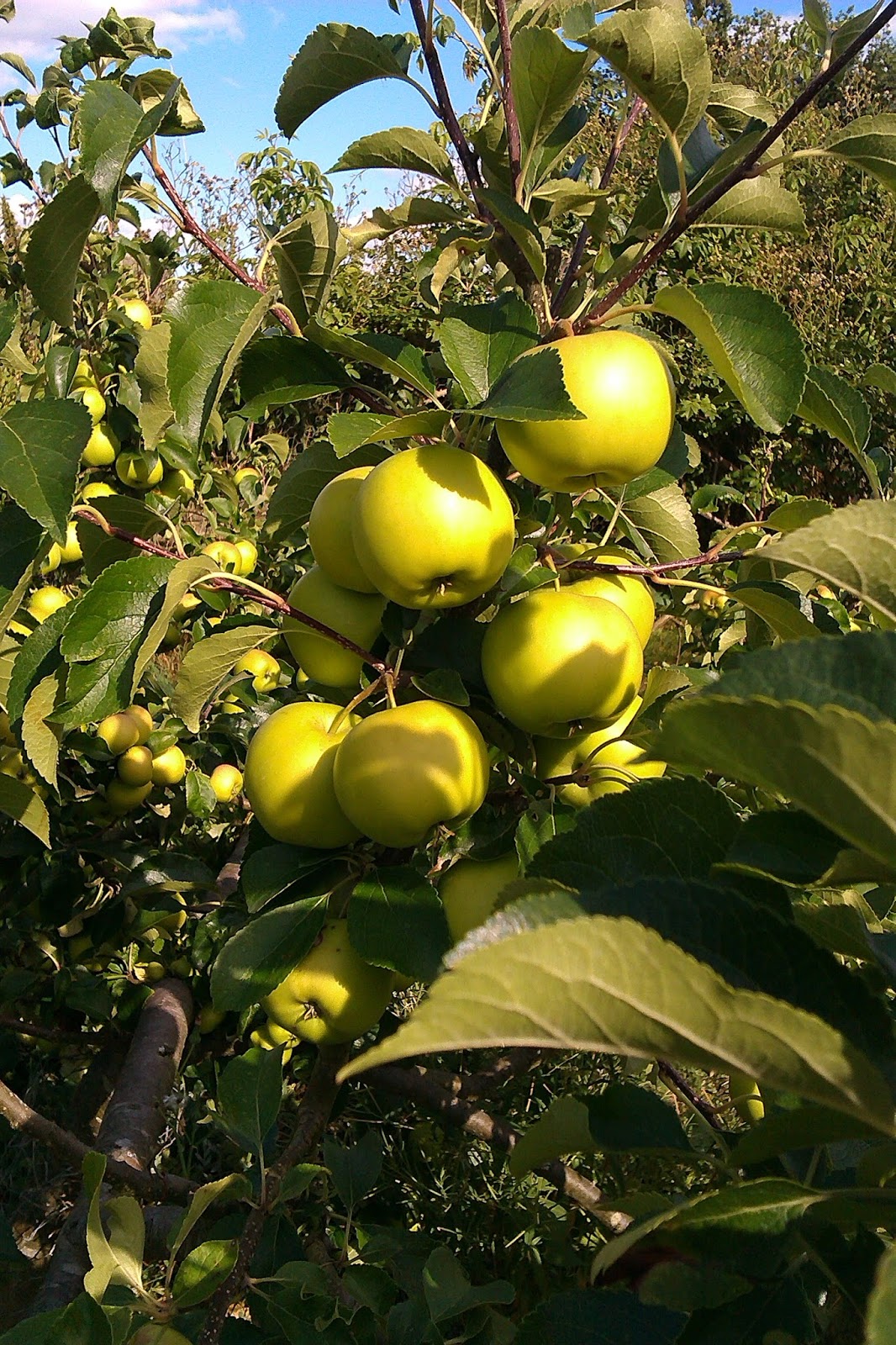 Could someone explain why it has become so impossible to help one-in-a-permanent-state-of-tummy-rumbliness-self to these hard green and bitter balls of tongue-tingly crunchiness? A couple of weeks ago it was 'here we grow help yourself.' 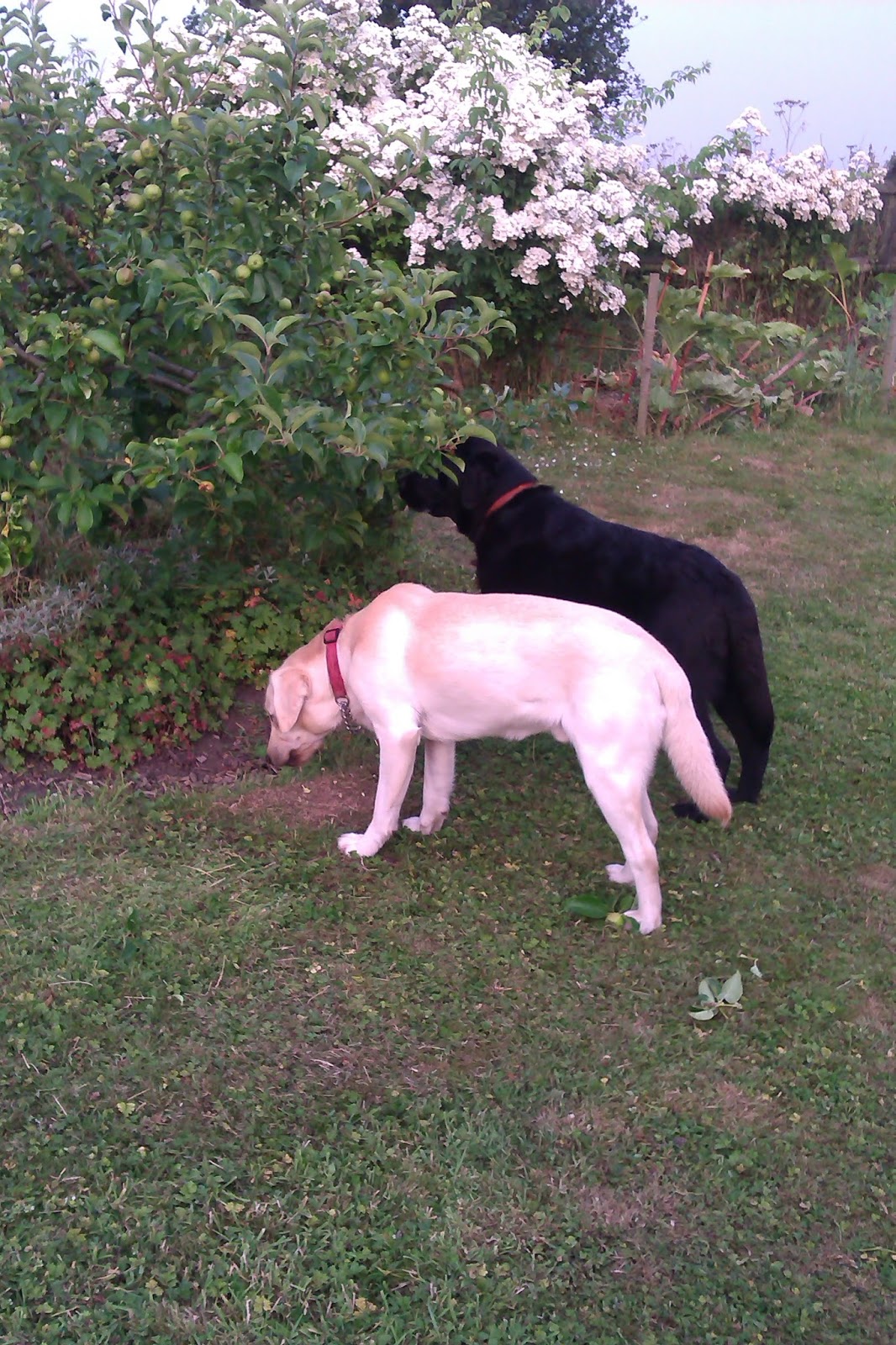 In fact it's a constantly changing fence. It started off all easy-to-push-yourself-through stringy, which later sprouted silver discs that were meant to blind the apple thieves - which would have been good if they had, because I certainly don't want anyone stealing my apples. I didn't mind the CDs and sometimes jumped in to 'stock-take' - 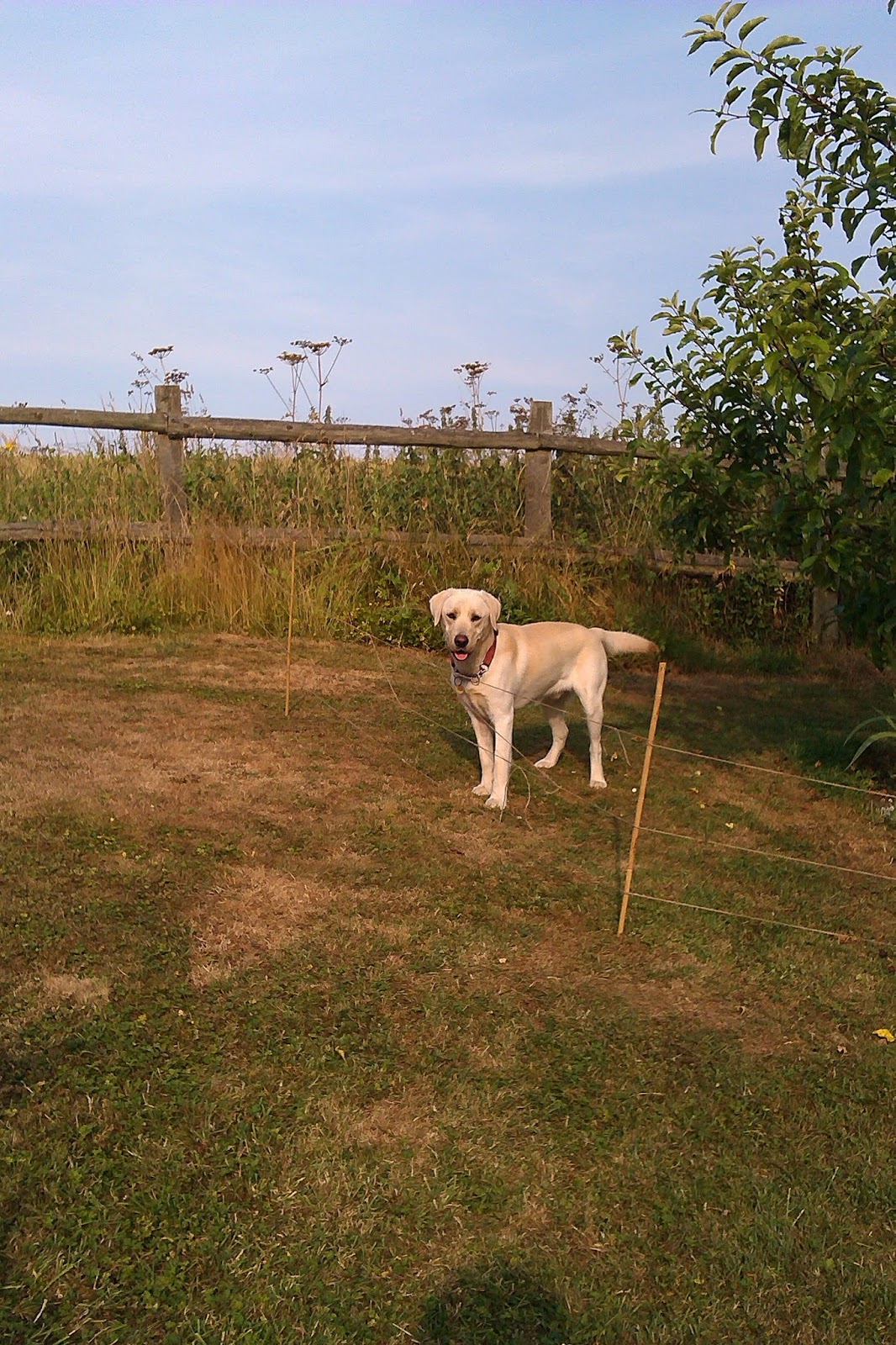 Mum helped me to hop back out several times, using that 'No!' name that I like so much. She sometimes forgot that she wasn't in the kitchen and called me 'Out!' too. But then the 'BURR-TEEE!!!' naming started. And the fence stopped being made of string and was built of chicken-wire instead.

Chicken-wire is sharp and scratchy particularly if it catches on sensitive places, but it can be squashed if jumped on and straddled with a hungry tummy. It stopped being squashy however when it was reinforced with bamboo canes. Which was most inconsiderate. 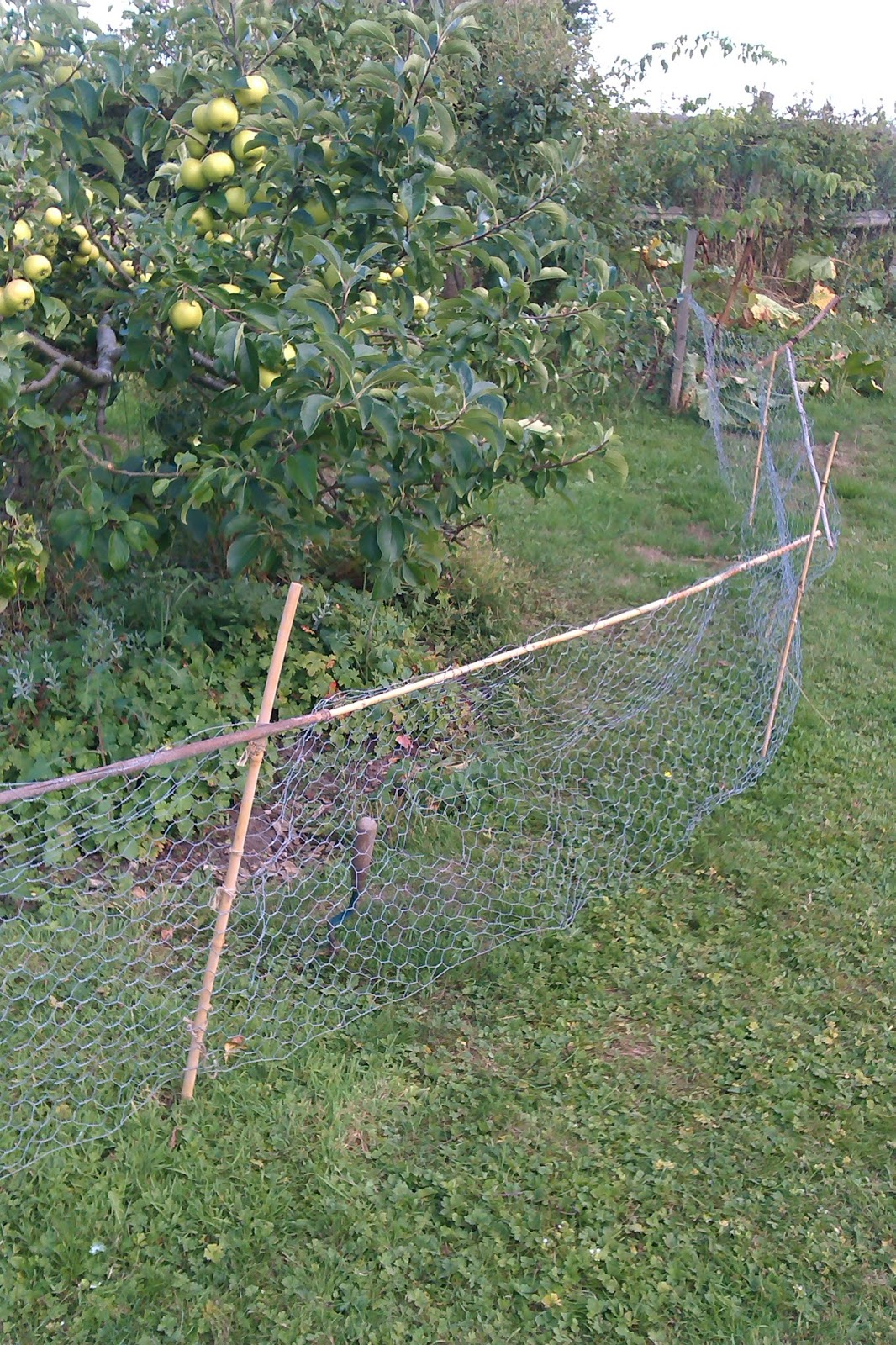 Hurrumph ... if I can't get at them, I hope that pesky apple thief can't take them either!

... do I have to tell you about my tape-worm or can that keep for another blog? I'm having much more fun writing about apples.