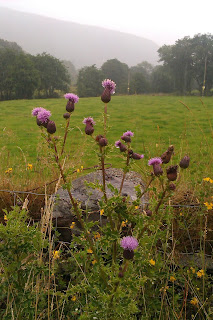 Tut, Tut probably isn't the first thing that springs to mind when viewing this picture. And faced with bleak weather and a sad-looking symbol of national pride it is unlikely that many would consider a small bear  a personage of sufficient gravitas to quote.

However, Walking the Dog was in Scotland (was rather than is, because was there last week without internet). And Walking the Dog likes Pooh. That sort of Pooh - the sort with an 'h' at the end.


A. A. Milne had a lot to say about the weather. He gave Eeyore my favourite weather-related observation , "The nicest thing about the rain is that it always stops. Eventually."

And last Thursday, it did stop.

Long enough for Littlest and I to walk to our pooh-sticks bridge. 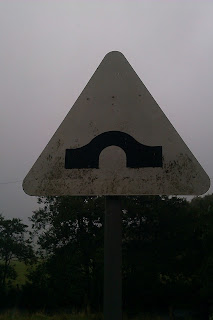 Long enough for us to get half way there, along the grassy path. 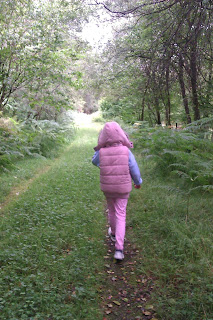 Long enough for us to chat to the cows (we had to shout as they stubbornly stayed at the distant end of the field). 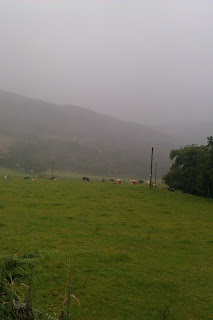 Long enough for us to find the river. 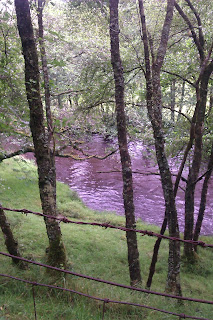 Before it started to rain. Again.

We sheltered briefly on the 'broken' bridge (once a road bridge, but most of it now lies in the stream and a tree is growing out of its arch). But the rain failed to deter us (for us read Littlest as I was perfectly happy sheltering). 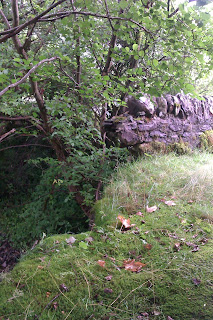 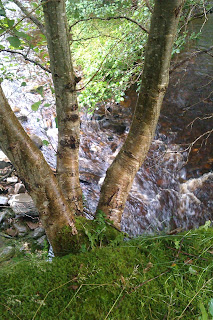 Our acquaintance was eventually renewed with the pooh-sticks bridge. Sticks were ripped out of the verge. And dropped. 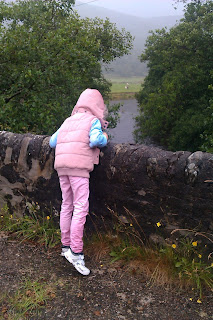 'Sometimes, if you ... lean over to watch the river slipping slowly away beneath you, you will suddenly know everything there is to be known.' Milne again.

In our case, 'all that was to be known' was that a tree, which had been bereft of leaves in the late autumn of our last visit, was now a stick-catcher. An exceedingly effective stick-catcher. In fact, an Olympian of stick-catching, for not one of our sticks escaped its grasp. Pooh-sticks became a game of can-anyone-throw-a-stick-that-doesn't-land-in-the-tree, or on the rocky outcrop upon which the tree appeared to be growing. Clinging to life precariously in the middle of a river. Surviving only because its tortuous roots are strong and sinuous like tendons gripping the rock. Clinging on and struggling simply to survive. That was before a man called Milne invented a game and people who should have known better came along and threw sticks at its branches.

Eventually, two water rats gave up on the hopeless pooh-sticks and trudged home. Despite soggy feet and dripping hair, giggling ruled. Songs were sung - mainly about hippos and smiles and mud and rain. And rain-drops off the ends of our noses were caught with our tongues.

"And really," as AA Milne wrote, "it wasn't much good having anything exciting like floods (... or rain), if you couldn't share them with somebody."